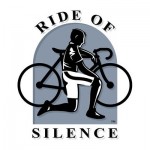 All cyclists are invited to ride together to remember all those cyclists who died or were injured in 2012 in Hong Kong, and to quietly make the statement that “we are here” and deserve respect and consideration.  This is one of hundreds of such rides around the world at the same time, annually on this third Wednesday in May.
邀請所有騎單車人仕一同踏單車去紀念2012年在香港死亡或受傷的單車使用者，以沉默騎行的方式宣告｢我們存在｣及應受到尊重及在規劃中應被考慮。這是世界各地數以百計同樣的集體單車騎行活動之一，於每年五月第三個星期三舉行。

Route: see map at the bottom of the page
Bike lights: required, front and back
Helmets: recommended
Reminder: please let’s ride quietly or in silence as we remember others

The past year saw 10 cyclist deaths in Hong Kong as well as cyclist injuries increasing by more than 10%  again, as it has done each year for the last 5 years.  Everyone who is on the roads has a responsibility to keep each other safe, so we are calling on the Hong Kong government to better educate drivers of other vehicles on how they keep us safe on our journey by giving us space and understanding better how cyclists travel on the roads.

The 2013 Ride of Silence will send a powerful message that the government has a duty to take action to reduce this carnage, especially by increasing awareness among drivers and the public in general of the rights and needs of cyclists.

Responsibilities for drivers of other vehicles

Drivers of other vehicles have responsibilities to keep everyone safe and they should be better educated about this. Some of the things that drivers can do to be more aware of cyclists are:

What cyclists can do to be safer

As cyclists, we also have rights and responsibilities when using the roads. Below is a list of the main points we should remember as cyclists on the road:

The cyclists killed and injured in 2012 who we will be remembering include*:
我們會記念2012年死亡或受傷的單車使用人士包括*：

For details of the hundreds of other ‘Ride of Silence’ events around the globe, and the worldwide message that we are carrying, please see the global Ride of Silence website.

We are very happy to have Sportsoho as a supporting party to the Ride of Silence 2013.